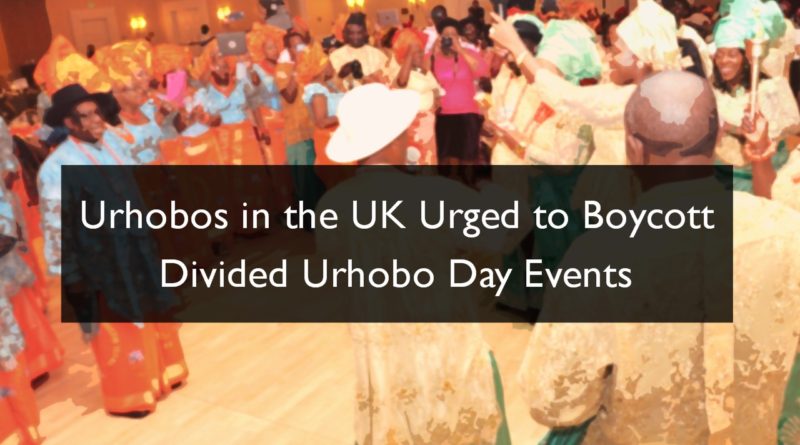 A network of Urhobos in the UK, Fellow Urhobo Gentlemen, have called on all Urhobo people to boycott two ‘Urhobo Day’ events being planned by the two divided factions of UPU-UK, proposing that all efforts should be focussed on achieving Unity.  Please see the full Petition below:

Dear sons and daughters of Urhobo,

We write this letter of petition urging you not to attend the two Urhobo Day events planned for this summer by the two divided UPU groups in the UK.

We, as Urhobo young people, are seriously concerned and feel compelled to take this direction to safeguard the future of Urhobo in the UK and indeed prevent the unsustainable waste of money for people least able to afford it.

As your children, we have grave concerns that the support for the continued existence of the two UPU-UK factions by taking part in their organised events and activities is further alienating a significant proportion of Urhobo people most especially our generation. This is deepening the division that has plagued our community for the past five years. Our concerns stem from several issues and the most problematic for us are as follow:

Since 2012, there have been six Urhobo Day and inaugural events, with an average cost of £10,000 per event. These events have cost the Urhobo community more than £60,000. By their nature, these events are divisive and do little to sow seeds of unity. We think this is a price we can no longer afford to pay.

By having two factions of UPU-UK, in the last five years, we have duplicated our efforts in the most disorganised ways and in the process achieved no demonstrable benefits for our community. As an example, none of the two factions are recognised by the Nigeria High Commission in the UK. We could have also saved £10,000 every year and put that money to good use; not to talk of the hours spent by our people volunteering their time to run the events. This simply should not continue and it is certainly the case that we would have achieved more if we were united.

The five Urhobo Day events since 2012 have been used to raise significant amounts of money from our community. We estimate funds raised so far to be over £100,000. These monies have been raised on the pretence of securing Urhobo House in the UK. Because of the divided house and continued upheaval in the administration of the two factions, none of these monies can be accounted for today. We think this position is untenable and to allow it to continue will be a travesty for the Urhobo people.

4. Disrespect of the Urhobo Leadership Forum

The Urhobo Leadership Forum, made up of Presidents of our respected kingdom unions and the Urhobo Council of Chiefs made a laudable attempt to bring about a situation where a unified election could be undertaken in order that the community can put three years of disunity behind it. We think that their efforts and that of other bodies that stepped forward to intervene were undermined. We think that no one person can be greater than the sum of all Urhobos in the UK.

5. Too many Urhobos are staying away

We estimate that less than 5% of eligible Urhobos in the UK are currently actively engaged in the combined UPU-UK factions. This means 95% of people who could be participating in the worthy organisation are choosing to stay way. We believe that the vast majority of these people are second-generation Urhobo people, your children. This situation does not bode well for the union and certainly means that it’s only a matter of time before UPU-UK disappears altogether.

Neither of the two UPU-UK factions can point to a credible programme of work to further the Urhobo cause or tackled the number of challenges we face as a community. For instance, a core aim of UPU is the welfare of its members. When you consider that when Urhobo people started settling in the UK in large numbers in the 1960s and 70s, welfare was not the topmost priority. In our community today, most these settlers are now elderly which means care and support for them is crucial. We believe allowing that the continuation of the divided house will prevent the development of meaningful welfare and programmes of work for the Urhobo community in the UK. In addition, respective presidents of the factions will not being held accountable for this, not least because they only cater for 5% of the community.

There is clear evidence that neither group is providing audited accounts and making their members fully aware of all bank transactions. This is creating a sense that the financial transactions are shrouded in secrecy and accountability not fully provided to members. We believe that if we do not act now, the community will never be able to systematically hold our leaders to account thereby creating the right condition for financial misappropriation and more source of crisis.

What we think should happen

We wholeheartedly understand that both UPU-UK factions under the management of Chief Emmanuel Okpako Ganiga and Chief Angus Omasoro have made strong cases for their leadership and their continued existence. We however call on you and the entire Urhobo community here in the UK and worldwide to regard the current status quo as detrimental to Urhobo. Both factions making an argument for the legitimacy of their existence is no longer the issue, it’s now about what is in the best interest of Urhobo.

As way forward, we call on both UPU-UK factions to cancel their proposed Urhobo Day events as an act of respect for the majority of Urhobo people who are aggrieved. Should they fail to heed this call, all Urhobos, especially our generation, should boycott both events.

Effectively, we call on the executives of both UPU-UK factions to begin the process of winding down their organisations and make way for a unifying election at some point in the very near future. In so doing, we call on all members of the Urhobo community to cease all hostilities and support to the leadership of both organisations as they start this process. It is important the community does not feel a sense of disloyalty towards Chief Ganiga and Chief Omasoro by boycotting the events. This act will represent a positive step forward for Urhobo because falling to act now will mean two UPU-UK for many years to come as both factions continue to conduct their own elections therefore perpetuating the current situation.

We call on the Urhobo Leadership Forum to be reconvened with a clearly defined Terms of Reference and prerequisite organisational arrangement to commence all preparatory work for a unifying election. In so doing, to take such time as is necessary to ensure the credibility and fairness of the election, inauguration and handover from both UPU-UK factions. It is important that this is realised in time for the 2019 elections in Nigeria when we required our UPU to be unified and effective in order to make strong representations for the Urhobo people during the elections.

We, the members of Fellow Urhobo Gentlemen, offer our support to the Urhobo Leadership Forum including practical logistical assistance that will help to actualise a unifying election in the UK.

We hope that you, as a member of the community, accept the arguments we have presented in this petition and follow your heart. We hope that Urhobo union executives, in receipt of this petition, brings it to the full attention of the meeting in line with protocol for dealing with official correspondence. Failure to do this should be questioned by members of the union who come across the petition through other means. 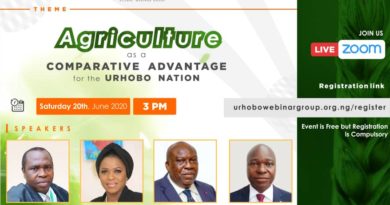 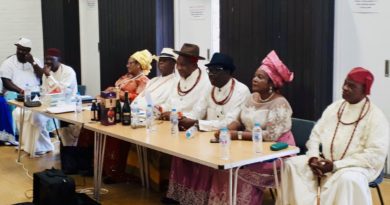 Why Taiga is Right to Push for UPU-UK Unity 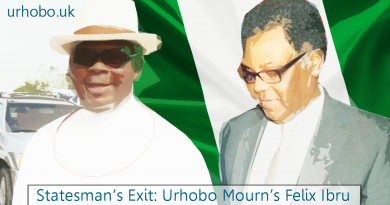